Scott Spears is an Emmy winning cinematographer with over 35-years experience in film and video production and has been operated and own PPM since 2006. He has served clients such as Suzuki, Ohio State University, Columbus State Community College, Pearson Publishing and Shawnee State University.

Spears has a B.A. and M.A. in cinema production from Ohio State University and currently teaches screenwriting in the Theater Department at Ohio State University. He won his Emmy for his cinematography on the PBS broadcast film, The Birthmark and won a Blue Cable Access Award for directing the documentary “Reasonable Doubt.” Spears has worked on over 30 feature films and is a native of Portsmouth, Ohio. 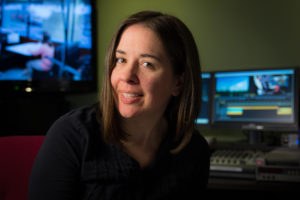 Christina Paolucci is an award-winning photojournalist working for more than a decade as a daily news photographer.  She is available for event photography and portraits. She works in video production, video editing, and publication design. She is the content manager of several WordPress websites.

She has a B.A. in Photojournalism from Western Kentucky University and an M.A. in Photography from Ohio University and has been recognized twice with the Best Press Photographer’s Portfolio from the Minnesota Newspaper Association, the Humanitarian Award from the Associated Press, and Clip Winner of the Year from the Minnesota News Photographers Association. She has been featured in two Rick Smolan’s day-in-a-life picture book series; America 24/7 and My America at Home.